I Can’t Get No Weather…Satisfaction

Those rocking and rolling stones are tumbling into Columbus, Ohio this weekend for a Saturday night concert in The Ohio Stadium. My uncle is in town for this amazing event, which will see electric guitar riffs, pounding drums and an iconic voice shake the very structure holding tens of thousands of screaming fans. Rock ‘n roll will be alive and well tomorrow evening in Ohio’s shining capital. The only downside is the strong chance of rain.

Except, rain is simply an added bonus at a rock concert.

Hopefully Jagger will have those moves like, well, Jagger!

The astonishing, yet tortured story of chess mastermind Bobby Fischer is mesmerizing. A lot of it has to do with the impossibly overwhelming knowledge needed to play chess at the highest level and this is portrayed in a new trailer for Pawn Sacrifice that takes us through Fischer’s life to the Cold War showdown against Boris Spassky that defined him forever. Chess is a fun and stressful game, designed with the difficulty of an epic labyrinth and the time constraints of a 100-meter sprint in a speed game. In fact, there are various time keeping methods, including one created by the aforementioned chess master himself.

Fischer, who had not played a public game since winning the world championship in 1972, patented a chess clock in 1988 that added an increment of time after a player completed a move and hit the button on top. For example, in a speed game, a player could begin with five minutes and receive an additional 10 or 15 seconds after making each move

In life, we are constatly confronted by choices, each presenting a different path and set of consequences, good and bad. The decisions we make define who we are. Keeping this in mind, consider Fischer’s dilemma of contemplating an infinite number of options with only one correct move for each decision. And there’s a time limit, with the ramifications of moving the wrong chess piece all but likely resulting in complete disaster. As the trailer below shows, this intensity was real and raw because of his equally brilliant Soviet Union opponent.

Plus, the whole world was watching.

And just like the “Miracle on Ice” hockey game at the 1980 Winter Olympics between the United States and the Soviet Union, Bobby Fischer was also in a colossal Cold War battle against the Russians…and himself.

This movie looks as awe-inspiring as the “Bobby Fischer Trap.” 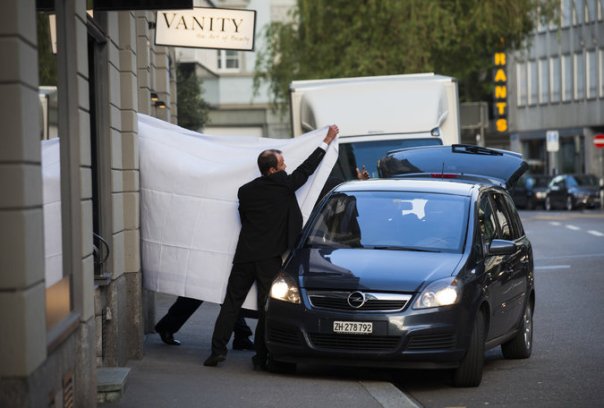 The breaking news regarding the arrests of several high-ranking FIFA officials (sans Sepp Blatter) at the 5-star Baur au Lac hotel in Zurich, Switzerland is a bombshell everyone saw coming a mile away. Its severity is enormous, yet it surprises virtually nobody, especially those who followed the bidding process of the upcoming two World Cups ( 2018 – Russia and 2022 – Qatar) that was riddled with accusations of painfully obvious corruption. The only surprise may be that the indictments were actually given.

FIFA is a multi-billion dollar organization with a surreal reach that hugs the entire globe in literally every country that has a soccer ball that has even the slightest ambition in getting a second ball…and soccer fields, media deals, inclusion with the world’s top nations and tournaments, etc. As Joshua Robinson revealed in a great article in the Wall Street Journal titled, “Why FIFA Can’t Get Out of Its Own Way,” every nation is counted as equals in the voting for its president. This unfair fairness, equalizing the voting impact of soccer leaders like Brazil, Germany, Italy, Argentina and Holland with Mauritius is mind-bogglingly incompetent. The most vital reason is the devastatingly easy route to corruption and abuse to bribe the smallest, least influential nations with “goodies” (use your imagination) that propel them in ways that might be nearly impossible on the pitch alone.

Now, Mauritius is not guilty of any wrong-doing, but they were listed only to serve as an example of a tiny nation that’s granted the same voting weight as soccer powerhouses.

The charges, accusations and evidence of bribery brought by the U.S. Department of Justice constitutes a long list of illegal activities that began in 1991, including hundreds of millions of dollars exchanged for precious influence and privilege in a variety of high-profile circumstances. And the soccer region that was a major player in these actions was CONCACAF. Yes, this is the same qualifying group as the United States of America.

According to the indictment, several international soccer events were tainted by bribes and kickbacks involving media and marketing rights: World Cup qualifiers in the Concacaf region; the Gold Cup, a regional championship tournament; the Concacaf Champions League; the Copa América; and the South American club championship, the Copa Libertadores. The indictment also claims that bribes and kickbacks were found in connection with the selection of the host country for the 2010 World Cup.

Absorbing all this information results in one immediate conclusion: FIFA is not of sound mind or sound ethics to be the governing body of the world’s game. Soccer is too amazing of a sport to be dragged down by greedy executives and immoral officials. Perhaps the most vindicated collection of people today are referees, who are now able to declare they are (in accordance with the law) not the most corrupting force in the soccer.

However, this fact can be heavily debated and proven otherwise without much difficulty, but FIFA’s governing body is first in line for scrutiny and punishment right now. Well, we’ll have to see about that whole “punishment” thing, specifically when referring to re-voting on future World Cup sites.

The issue was, in fact, raised again Wednesday. When pressed by reporters at the news conference, Walter de Gregorio, a FIFA spokesman, repeatedly said that FIFA would not consider reopening the bid process for the 2018 and 2022 World Cups.

There are almost no words. This shockingly oblivious admission of reality promises these bribery and corruption charges will sustain for at least the next 7 years, as de Gregorio wants.

The 14 FIFA officials arrested took the beautiful game whose roots grow with strength, purpose and opportunity in the poorest and richest nations and flooded it with dirty money, thereby damaging the sport’s foundation of hard work, creativity and upward mobility in countries and neighborhoods all around the world.

Do you remember when Zinedine Zidane headbutt Marco Materazzi of Italy in the 2006 World Cup Final?

This is like that, except magnified hundreds of millions of times.

A Golden Cup for the World

Sam Neill is the man.

First, it was his unforgettable portrayal of Dr. Alan Grant in Jurassic Park. Then, he was the dad in the emotionally futuristic movie, Bicentennial Man. Now, Mr. Neill has taken it to yet another level of awesomeness:

United Passions tells the before untold story of bringing the world the most golden of all cups (technically, it’s a golden statue now, but whatever).

While FIFA (Sepp Blatter in particular) is currently facing very serious accusations today, there is no doubt that the creation of the World Cup was a shining sports moment of the 20th century.

Hey, if he can escape an island of attacking dinosaurs (twice), he can probably handle some soccer executives, including the French…just as long as nobody pops that bottle of champagne he’s saving in the fridge.

United Passions arrives in theaters and iTunes on June 5, 2015.