2016 may see a thrilling movie about aliens arriving on Earth yet.

Arrival is the amalgamation of Independence Day, Contact and Gravity.

This new movie trailer (released just hours ago) previews intense action sequences involving a new kind of alien, while ultimately leading to a dramatic third-act revelation for Amy Adams’s character that will transcend the relationship between humans and aliens. That’s a sign of savvy writing with consideration for audiences yearning to see a new, creative take in an established film genre.

Arrival’s storytelling may reveal a close encounter we haven’t seen before.

Whether you believe in aliens or not, this movie is projecting a degree of realism with face-to-face interactions with aliens. That, in and of itself, is a fascinating and inclusive dynamic. Moreover, the potential for strong personal relationships, especially between the mother and daughter seen in the trailer, could be the defining quality that elevates Arrival to a must-see science-fiction thriller.

Independence Day: Resurgence didn’t deliver anything close to its 1996 original twenty years later (the writing cough cough), but cinema goers may be treated to a film with aliens that meets high expectations.

Making the release date of something supernatural arriving on the wish-worthy 11/11?

Seeing aliens is a wish for many people around the world, so well played Arrival marketing team.

P.S. Were you also expecting Amy Adams’s character to ask the alien about the letter “S”?

A Funny Thing Happened with Pluto 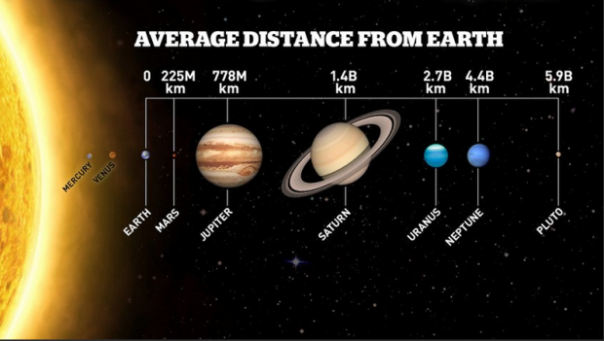 While researchers have no direct evidence of the object, they did see strange perturbations in the orbits of objects deep in the Kuiper Belt — the group of icy bodies in Pluto’s part of space — that seem to suggest the existence of a planet one to 10 times more massive than Earth that orbits the sun every 10,000 to 20,000 years.
–Miriam Kramer, “How to name the possible ninth planet in our solar system,” Mashable

This deep-space discovery/observation is an exciting revelation. The universe continues to surprise us in ways that reinvigorate our sense of exploration. Looking up at the stars at night, flickering at distances that seem deceptively close is an experience in itself. To read today that, potentially, a ninth planet in our solar system may be been spotted behind the curtain of space should make anyone’s mind expand to new horizons.

In a cool way, this discovery validates the incredible space journey depicted in the space operatic epic Interstellar from 2014. Without revealing any spoilers, one of the planets they visit (as seen in the trailer) is covered in ice with relentlessly freezing temperatures. And, as mentioned in the quote above, the potential new planet would likely have similar conditions. Not even opening the debate to whether or not astronauts could one day step foot on this planet-like discovery, one of the important first questions to ask is how long would it take to travel through space to Pluto and into its orbit?

The most advanced propulsion systems we have today [2015] require 10 to 15 years to deliver a 1.6-kilogram (3.5 lbs.) spacecraft into Pluto orbit.
–Tim DeBenedictis, “What Would It Take to Send People to Pluto?” Space.com

Whether or not we this mysterious planet-like mirror of Earth is deemed a planet, the fact that this is a scientific debate and that manned missions to Mars and Pluto are being considered with various scenarios and logistics spells an ambitious future for humans.

Or a doomed future for the people of Earth.

Hopefully, Interstellar isn’t entirely accurate in this regard.

Also, Goofy could work as a name for this prospective planet hanging around Pluto.

Why not have a sense of humor about this that’s literally out of this world?

The Magnetism of Uncertainty

Ambiguity is a powerful, mesmerizing force. The uncertainty can seem boundless, unwilling to yield an answer or sense of finality. In the truest sense, not knowing can create a more treacherous journey than having something spelled out in front of you with clarity.

Equal in its hypnotic prowess is the art of music. When a song or an instrumental (music’s bare bones) can touch a nerve within us that yearns for discovering something in the unknown, that motivational energy is special…as well as frustrating. Unfortunately, Christopher Nolan’s next cinematic masterpiece Interstellar will not arrive into theaters until November. Fortunately, the song below (from the film’s second trailer) is available now.

Uncovering the mystery of the unknown can lead to an expedition of epic proportions. As the instrumental proves, the unknown can surround us until we finally choose to move in its direction.

We know the beginning, it’s just the ending that’s a bit unclear…

Bottom line: It is crazy cold outside!

Interestingly, the temperature readings sync perfectly with the approval rating for such cold weather.

Living in the Midwest typically does not conjure up thoughts of Antarctic-caliber winds, negative temperatures (with and without wind chill readings) or cell chilling cold (it’s beyond bone chilling at this point). Even though it’s the Winter season, there’s usually a limit (or floor, actually) to how cold the weather will drop to on any given day. It can be freezing, but tolerable. Or, to put it another way, it can be livable. Life goes on, just with an extra scarf or sweater. There are infinite examples of frigid days and/or seasons in the Midwest, but having to scrape ice from the outside and inside of one’s car just to achieve minimal driving visibility is new, frustrating territory.

Thankfully, this portal into the lifestyle of the paralyzingly cold and miserable is temporary and limited to only a couple days. However, it does provoke a curiosity about the limits of what’s possible. As unbearable as this recent trip through Mother Nature’s anomalous and unforgiving cold spell has been, it makes you think, for a split second anyways, if there is anything to explore extensively or more extensively in the many environments and locations that support this degree of cold weather for long periods of time.

Is there something spectacular and life-altering to explore in below zero terrains that we have yet to even contemplate? Is there any technology that can be developed to somehow capture this ever present cold weather/wind for a personal or societal advantage?

Strangely enough, the beginning of the movie Gravity comes to mind. There is a description on the screen about how literally unlivable Space is without special equipment for humans. And without extraordinary achievements and understanding of scientific principles and technology, protective gear and necessary rope connections, humans would never have the means to explore Space beyond a nightly gaze at an infinite array of stars. But it all has to start with a crazy idea. Incredibly, it’s actually surprisingly difficult to imagine a world where we aren’t actively in Space for various missions.

Unbelievable only until it happens. And from that point on, the sky is literally the limit.

Unfortunately for most everybody, this spirit of inquisitiveness lasts as long as our body heat after walking outside in -7 (or -20 with wind chill) degree weather. One day though, someone daringly insane will show us all what we have been missing all these Winters. There may even be a discovery that could transform how humans act and interact with Mother Nature during the coldest of days and months.

For now, I’m content with my life decision to not live my life as an Eskimo.

However, hopefully someone will be creative enough to see a seemingly impossible vision through the transparent, bone chilling cold.

If so, we would live in a crazy cold world indeed.