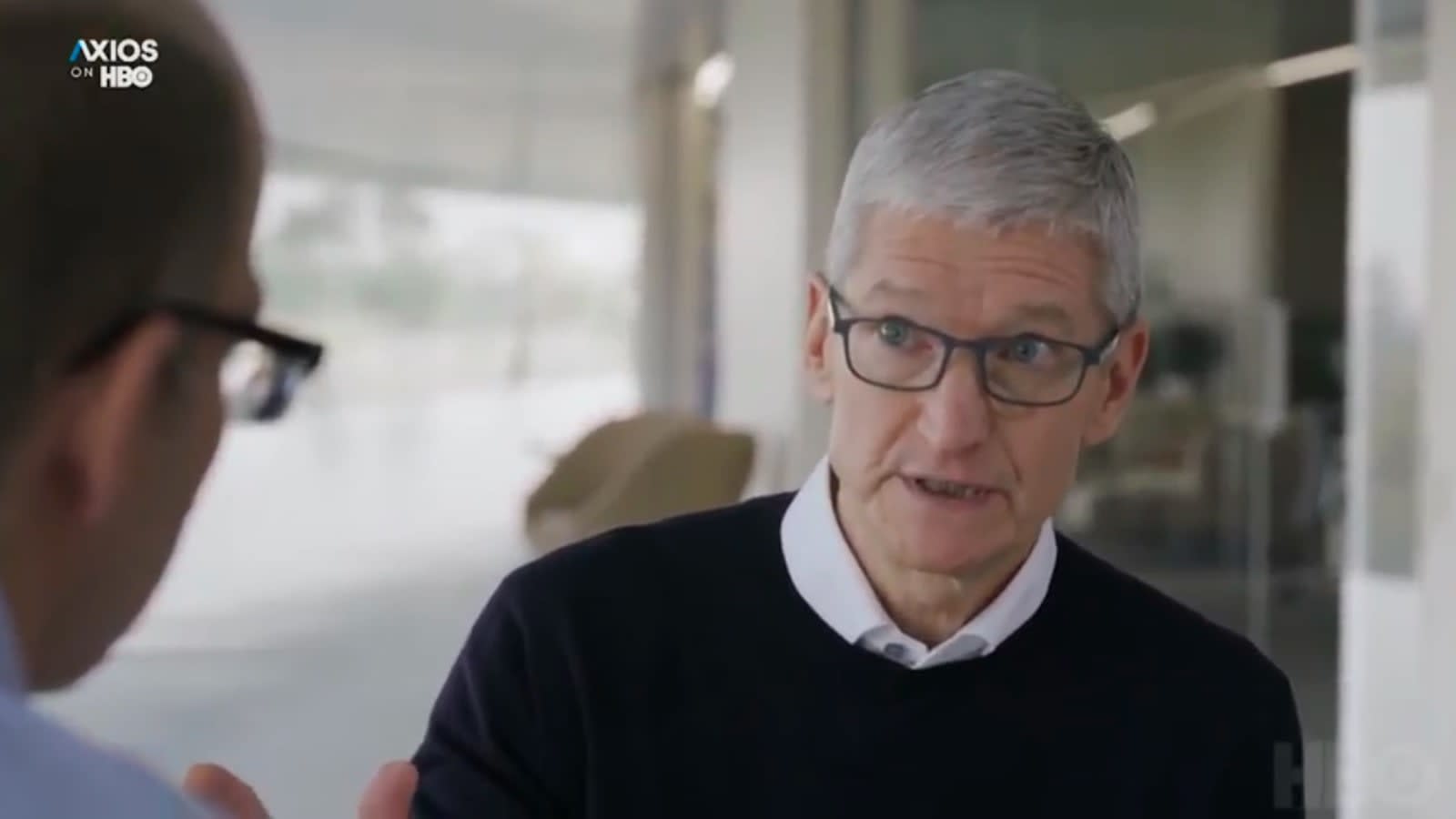 The First (Meeting) WAS the Worst

Today’s first meeting in New York between Columbus Mayor Andrew Ginther and the President and CEO of the Columbus Partnership Alex Fischer (the Resistance) and scumbag MLS Commissioner Don Garber and scumbag Crew SC owner Anthony Precourt (the Empire) resulted in what can be described as a major bummer. Here’s the statement from the Resistance:

“We met with Major League Soccer Commissioner Don Garber and Columbus Crew SC owner Anthony Precourt in New York today. It is clear the MLS and ownership did not come to the meeting willing to commit to staying in Columbus. We know this is heartbreaking for the dedicated fans in Columbus and across the country who have shown unwavering support for the Columbus Crew SC.

“We are disappointed and frustrated. We were united in putting all options on the table, with the expectation in return that the MLS and ownership would cease pursuing moving the team to Austin. Great American cities do not get into bidding wars over sports teams to benefit private owners. Garber and Precourt were not willing to do that today.

“Once the league and owner are committed to Columbus, we stand ready, willing and able to support the team’s success.

“On November 21, standing alongside the best soccer fans in the country at MAPFRE stadium, we will be cheering Black and Gold onto victory. Glory to Columbus.”

Reaction #1: The fact the meeting today was held in New York was a bad sign from the beginning. It does, however, clarify to the follower and non-follower of #SaveTheCrew that Mr. Garber and Mr. Precourt are forever linked as the two evil forces who have been plotting for four-years to rip the Crew from Columbus through lying, deceitful practices. Since this mess started with secret, backdoor deals, talks to #SaveTheCrew should not have been held behind closed doors, especially in any city other than Columbus.

Reaction #2: The phrase “We are disappointed and frustrated” made its way into the good side’s public statement, which reveals that Mayor Ginther and Mr. Fischer were not savvy enough and/or ready for the first round of the epic fight to keep the Crew in Columbus. Mayor Ginther and Mr. Fischer understand the process for normal business deals, but this is not an ordinary business negotiation. Normal business language won’t cut it, inside and outside of meetings. I’m on their side, but their current tone is feeble in the midst of an inspiring run by the Crew that gives them an upper-hand in the debate. Were they prepared for this kind of fixed meeting by the Empire? Do they have a long-term strategy we don’t know about? Hopefully.

And then there is “Once the league and owner are committed to Columbus, we stand ready, willing and able to support the team’s success.” Well, the Empire is clearly not committed to Columbus or even basic human decency, that’s the problem! Patience is a virtue, but ignorant and do-nothing patience is nonsensical. Strong, effective persuasion has to be part of the #SaveTheCrew business solution. What happened?

Reaction #3: I still believe this is just the beginning of the fight to keep the first and most important club in MLS in the soccer capital of the United States of America. The latter part of that statement is true and I can write a dissertation on that assertion. That aside, if the social media era has proven anything, it’s that an ongoing PR disaster can move mountains (cough cough United Airlines). #SaveTheCrew and its media allies have and must continue to reveal, well, the mountain of lies and deceitful practices from Mr. Precourt and Mr. Garber to the most visible and most consequential audiences for maximum exposure and impact. The facts are on the side of #SaveTheCrew. At a certain point, these facts will reach a boiling point and that’s when the right change can and hopefully will occur.

Columbus Crew outsiders and skeptics in an equal measure may consider the grassroots guerilla marketing campaign to #SaveTheCrew to be admirable, but ultimately all for naught because its opposition is the duplicitous partnership of a powerful business firm Precourt Sports Ventures and institutional force Major League Soccer (MLS). Fair point. The odds aren’t great and the deck is stacked against Columbus and integrity. And yet consider this movement that grew from a hashtag just a few weeks ago is driving a city of passionate fans dressed in black & gold towards a sell-out first-leg of the 2017 MLS Eastern Conference Final for the host Columbus Crew against the top-seeded Canadian visitors from Toronto FC despite a cold forecast. What if Crew fans deliver an electric, sold-out atmosphere and the Crew players deliver another magical playoff win as quintessential small market underdogs?

That would be another massive statement on national television post-Austin news last month.

Determined people with a positive, unified mission have a proven track record of taking down goliaths if the right tact is developed and utilized. #SaveTheCrew has shown great tact and is evolving and growing stronger by the day at the grassroots level.

So, am I saying there’s a chance to keep the Crew in Columbus after another two-faced and staged meeting set-up by the Empire? Yes. A seismic change in strategy in reaction to this devastating development is necessary, but it’s possible. #SaveTheCrew wouldn’t be the first unthinkable upset in soccer history but it would be one of the greatest and most significant. The identity of Columbus and similarly small market soccer clubs, as well as American soccer, is at stake.

And that’s not a game we can lose.

When Will VR’s Player One Be Ready?

How will customers be marketed to in the future?

I would love to visualize a tesseract for you, but no spoilers on Jimmy’s Daily Planet (bonus point if you got that). Marketing’s next dimension is 4-dimensions in a way, in that it’s something we can’t see with our own two eyes alone. We’ll just need a helpful pair of special lenses…

Some of the most effective marketing is experience-centric. Regardless of industry, if a company is trying to sell people something by evoking an emotional connection (the “I have to have it” reaction), the ideal strategy is to personalize the sell to provide a dynamic, customizable experience. How about showing consumers what something will look like or be like in various situations as programmed by the VR experience team of each company?

Somewhere between the near and distant future, we may very well enter the next dimension of the classic “show, don’t tell” expression. Abercrombie & Fitch (or A&F), for example, is currently using interactive dressing rooms as part of their re-branding effort, in which the consumer can play music and change the mood lighting when trying on clothes.

Escapism isn’t just for the movies, it’s usually a primary driver of our emotional connection to buying all sorts of things, practical and impractical/the fun stuff.

And what better escape in the 21st century than virtual reality?

Is Tech Navigating a Roundabout Future?

Similar to Clark W. Griswold, the potential technological roundabout ahead may not have the easiest exit strategy. Whether that’s a good thing or a bad thing is still in the TBD phase.

The innovative new headquarters for Apple, Inc. (at least there’s still some form of innovation still happening there) is receiving its finishing polishes as I write this sentence and as you are reading this awesomely intriguing sentence. Many have labeled the gigantic circular design as “space-like.” Actually, there’s some credence to that description. Recall the circular, clocklike spaceship in 2014 science-fiction epic Interstellar.

The sleek design and environmentally sustainable campus will likely serve as a model for future buildings in myriad industries (possibly including schools?), business mentalities (hopefully, not like the 2017 big brother film The Circle) and, brace yourself…

as a future handheld device?

Rumors surrounding any Steve Jobs-like inventions have been lacking under the Tim Cook era. Apple, for lack of a better word, has been grounded in recent years. Ironic that the new Apple HQ looks like a spaceship, right?

Is it possible that Mr. Cook has been cooking up (had to) a new wave of Apple products right underneath our noses? My random Tuesday, May 16th hypothesis is that Apple might soon be releasing a product or line of new products that utilize the circular structure seen in the video above showcasing Apple’s new HQ in the near future. This is not to say that the next iPhone will be circular, but that some brand new product or series of products just may capitalize on the power of circular motion. Or that a new revolutionary feature in Apple’s products will take on a prominently round shape.

Why not? The symmetry between Apple’s daily lifestyle for its employees at the circular spaceship would be perfectly synched with the gadgets of its tech consumers spread around the globe. Plus, as Apple’s competitors are focused on the rectangular, square-like shapes for its devices, a circular product of some sort would stylistically one-up its rivals.

As they say, you can’t fit a round peg into a square hole.

And that, ladies and gentlemen, could be Apple’s next insanely great competitive advantage.