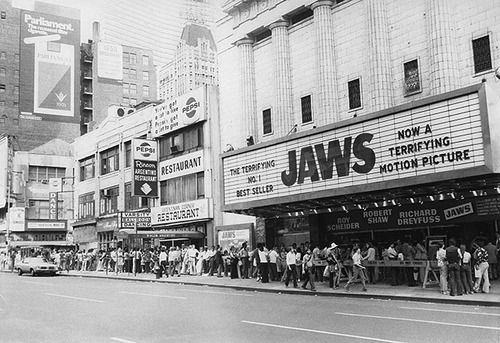 Steven Spielberg has received criticism for comments he made related to Netflix and how films on the popular streaming service should not being eligible for an Academy Award. While the legendary director did not need to clarify because he is correct (this writer’s opinion), the Academy Award winner just added some clarity on the ever-relevant issue for films in this technologically evolving era through the New York Times.

“I want people to find their entertainment in any form or fashion that suits them,” Spielberg said in a written statement sent by email to The New York Times. “Big screen, small screen — what really matters to me is a great story and everyone should have access to great stories.” He added, “However, I feel people need to have the opportunity to leave the safe and familiar of their lives and go to a place where they can sit in the company of others and have a shared experience — cry together, laugh together, be afraid together — so that when it’s over they might feel a little less like strangers. I want to see the survival of movie theaters. I want the theatrical experience to remain relevant in our culture.”

As covered on Jimmy’s Daily Planet, Mr. Spielberg recently embraced the future of Apple via Apple TV+ as a directorial partner and storyteller. The more movies by Spielberg, the better. What’s equally important is that he has stated in the past how impressed he is with the quality of TV these days. And what’s most important for movie fans to hear — with Netflix, Hulu, Amazon Prime Video — are the last three sentences of Mr. Spielberg’s statement above, with particular emphasis on the final two sentences.

“However, I feel people need to have the opportunity to leave the safe and familiar of their lives and go to a place where they can sit in the company of others and have a shared experience — cry together, laugh together, be afraid together — so that when it’s over they might feel a little less like strangers. I want to see the survival of movie theaters. I want the theatrical experience to remain relevant in our culture.”

44 years after Spielberg’s ‘Jaws’ became the first summer blockbuster and the movie theater in 2019 is still the only place where a film is projected larger than life.

Happy Monday (Or Is It Happy Tuesday?)

So, the movie that should have won and that people wanted to win (La La Land) lost to a movie that most people had, quite frankly, not even seen or barely knew about (Moonlight).

My yearly analysis for Oscar winners and losers is that the Academy is right when they’re right and wrong when they’re wrong. Sure, that seems like common sense, but there’s more to it that presumed simplicity.

For example, the Academy was right to award Titanic the golden statue for best picture many moons ago and it was right to award Sandra Bullock the golden statue for best actress for her leading role in The Blind Side in 2010. Conversely, the Academy was wrong to award Slumdog Millionaire the best picture in 2009 and not even nominate The Dark Knight. Heath Ledger deservedly won a posthumous Oscar for his role as the Joker in The Dark Knight for one of the greatest acting performances in cinematic history, but the film as a whole is a revelation and a masterpiece and it was wrongly shafted and stripped of its Oscar moment for the film’s team and Batman fans everywhere.

Last night, the Academy was clearly wrong in fumbling the announcement for Best Picture. However, the Academy was right to clarify this mistake in real-time. As a result, the 89th Oscars will be defined by that painfully embarrassing moment and help Steve Harvey recover a little bit more quickly.

Random Advice: Maybe don’t hire Warren Beatty and Faye Dunaway as editors of the obituary section of a newspaper.

Will La La Land be Titanic at the Academy Awards way back in 1998?

Or Titanic the ship in reality…

The musical sensation La La Land has tied James Camerson’s cinematic epic Titanic (and All About Eve) with 14 Oscar nominations. Released at the end of 2016, the film starring the much-awaited Crazy, Stupid, Love reunion between Ryan Gosling and Emma Stone is the it movie in Hollywood right now. Critics love the movie and, most importantly, fans love this movie. La La Land looks amazing.

Will the romantic musical dominate the 89th Academy Awards?

Hollywood is defined as a city of stars.

But the question is which stars will forever shine a little brighter than the rest on the night of February 26th?