This blog post will forever change your perception of the phrase, “putting your own spin on things.”

Individually, we all have something unique to offer. And once we discover and understand this distinctive gift within ourselves, then we have the potential to change things in substantial (even unforgettable) ways.

Okay, enough with the ambiguous set-up.

Check out this impossible free kick that Brazilian Roberto Carlos, somehow, made possible against France back in 1997.

Yes, Roberto Carlos owns the crazy surreal free kick. True story. However, there are plenty of other incredible things we can do that can spark the same kind of awe and amazement…

Well, you’ll never know what you can do unless you try (not disproving gravity, but something equally awesome). 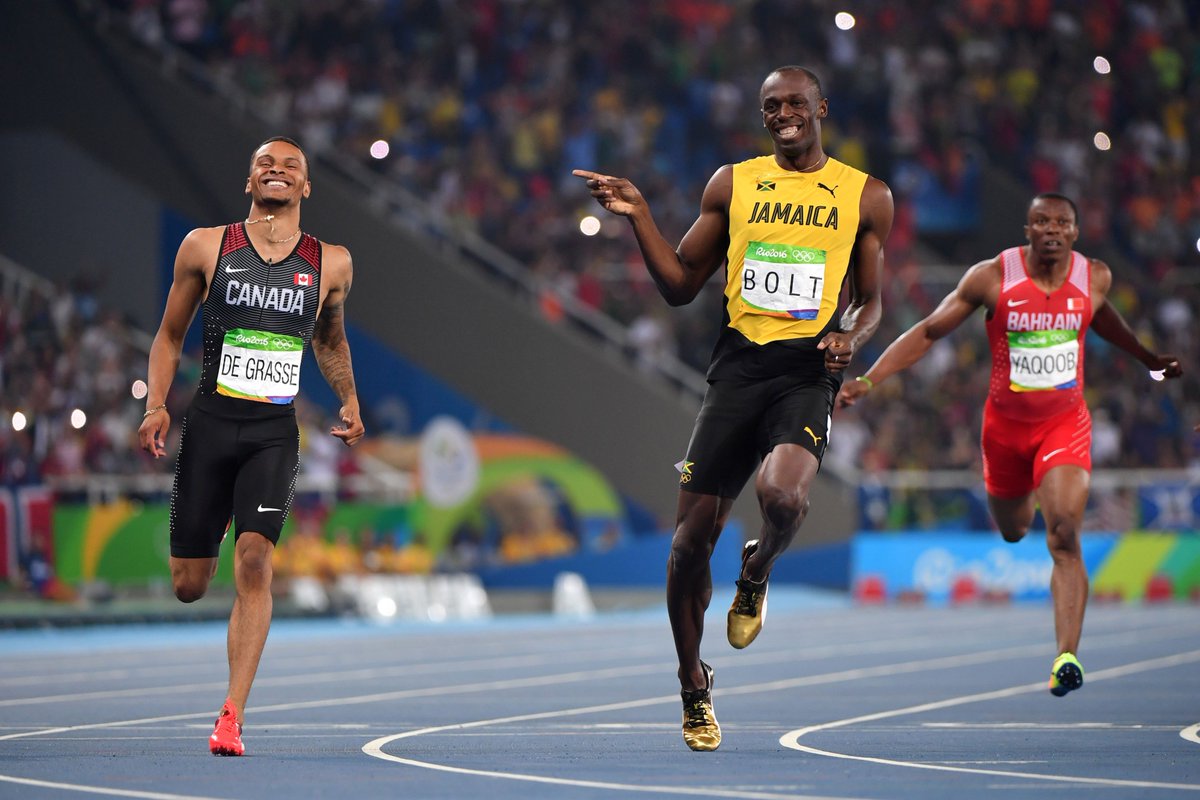 Lightning struck last night in Rio for the third time.

Usain Bolt is scary fast and awesomely entertaining. NBC journalist Bob Costas made the astute observation that Bolt is not a show-off, but is, more accurately, a showman. And Mr. Costas was proven right late last night when the legendary Jamaican sprinter beat American rival Justin Gatlin by .08 seconds in the breathtaking 100m final for his mind-boggling third consecutive Olympic gold medal and immediately joined in festive celebration with his countless fans along the rail of the track immediately following his epic conquest. His warm-down style is by far the best in the world.

Above all the entertaining bravado, Usain Bolt is a class act. This video/interview is from a few years ago.

Even with the razor-thin margins between Bolt and Gatlin & Gatlin and De Grasse, Usain Bolt dominated everyone’s focus at the finish line. The man that Mr. Costas determined is now a more famous figure in Jamaica than Bob Marley (hmmm…?) is a larger-than-life athlete and persona. Standing (and sprinting) at a towering 6’5″, the “Lightning Bolt” has kept our attention for several Olympics and international competitions.

Back in 2013 at the IAAF World Championships in Moscow, Russia, Mother Nature went as far as to validate Usain Bolt’s perfectly given last name.

Wherever Usain Bolt is, a show is sure to follow.

A lightning show, to be specific.

Have a Showstopper Kind of Week!

Even Zeus Was Impressed

Gold medals are a pretty cool thing to accumulate and make space for on the shelf and every collection has to start with that first piece.

Michael Phelps, competing in the 400m Individual Medley (as seen above) at the 2004 Summer Olympics in Athens, Greece, started his gold medal legacy. And with a world record, no less. That’s just crazy impressive. The greatest swimmer in the sport’s history, by every modern standard and measure, has been dominating in the pool and with casual sports fans alike for a dozen years. Perhaps the most surreal reality, however, is that Michael Phelps isn’t finished in Rio.

His pursuit for gold continues.

Simply put: Michael Phelps is defining his own Gold Rush era with his stellar performances spanning the past few summer Olympics.