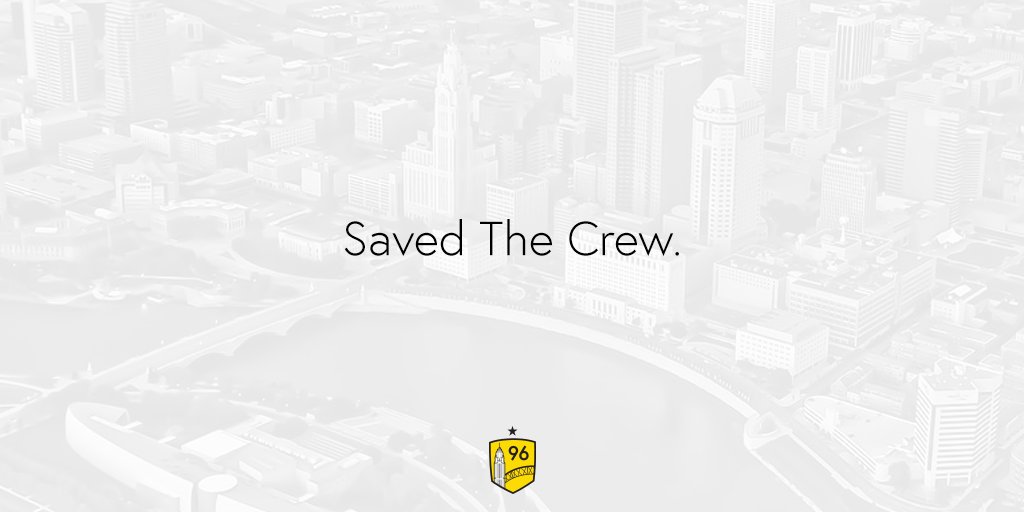 The word “crew” takes on so many important meanings, including family.

Christmas provides the special opportunity to spend time with family and loved ones. Reconnecting on a myriad of levels can be heartwarming and critical. It sharpens and ironically broadens our perspective on what’s valuable in the present and in the future.

In the sharpened sense, a popular clip from a Christmas cinematic classic translates all-too-perfectly for what is happening between the Columbus Crew faithful and its greedy, deceitful and heartless boss. Specifically, the surprise, sleazy announcement by Mr. Precourt a couple months back to Crew fans, employees and sponsors detailing the forthcoming lame-duck season in 2018 reminded me —

You know the scene of…pure passion (yes, I’ll go with that) from Christmas Vacation.

We’re not done yet.

A lot of people happily consider themselves to be a version of Clark W. Griswold and/or that their family is Griswold-esque. It’s a funny, yet proud comparison. Count me and my family in for this exercise! Speaking of the latter, Clark is a proud man, despite his many goofy characteristics. He works hard and wants what is best for his family. Just as stand-up comedians are able to say things in public we only wish we could, maybe Clark W. Griswold is doing that for us (although, my previous blog posts have shown I’m pitching in in that regard) during the holidays.

Now that is the gift that can keep on giving the whole year of 2018 that will not be the last of the Columbus Crew.

Winter is Definitely Coming to Columbus

Feels like there’s a Game of Thrones vibe with the ongoing battle with #SaveTheCrew vs. Precourt and Co. and MLS.

There’s a popular sign from Magnolia Farms of Fixer Upper with the saying “Today is a good day for a good day.” A great catchphrase. In that spirit, tomorrow is a good day…to save the Crew. I couldn’t swing a rhyme from that but you get the idea.

Here’s another idea to consider.

We aren’t done yet and we need to #SaveTheCrew for Columbus, which is the capital, and beating heart of American soccer.

And for Lamar Hunt. His legacy isn’t done yet either.

Once again, we’re not done yet.

Cleveland Browns fans recall (with a few four-letter words) their teams’ infamous owner Art Modell who moved the Browns to Baltimore in 1995, then becoming the Baltimore Ravens. Like Crew SC owner Anthony Precourt (DNA test between Modell, Precourt and a snake is still pending), a flashy new stadium was demanded by Mr. Modell in northern Ohio. Without diving deep into “The Move,” the city of Cleveland was devastated and rightly pissed-off at its sleazy owner. So, how do Art Modell and the Cleveland Browns from the mid-’90s connect to Anthony Precourt and Columbus Crew SC in 2017?

“The basis for the action, he said, is a 1996 law that says no owner of a professional sports team in Ohio that uses tax-supported facilities or gets public financial assistance can move out of town unless the owner gives six months advance notice and gives the city or local individuals who reside in the area the opportunity to purchase the team.”
–Jim Siegel, “Lawmaker wants to use law passed after Browns move to block Crew from leaving,” December 6, 2017, The Columbus Dispatch

“Duffey says Crew SC qualifies as receiving taxpayer-supported facilities because it is paying a below-market rate to lease state land for parking, the stadium sits on land that is tax exempt, and the state in 2009 provided $5 million for parking upgrades at the Ohio Expo Center, where lots just south of the stadium and are used by Crew SC fans.”
–Jim Siegel, “Lawmaker wants to use law passed after Browns move to block Crew from leaving,” December 6, 2017, The Columbus Dispatch

Will this work? Maybe. There is a degree or two of uncertainty as to whether this kind of injunction would keep the Crew in Columbus but the silver lining may be with the famous misery of Cleveland Browns fans.

Bet you didn’t expect to ever read that sentence, did you?

“The Move” is not local history but famous NFL and sports history. The city’s then successful professional football team, coached at the time by this guy named Bill Belichick, was taken away by its owner more than 20 years ago. That tragic memory lives on and defines that city, the current Browns team and this state’s professional sports identity all while residing alongside St. Louis and other cities that have had their beloved teams ripped away from them by immoral owners. Relocation is worse than any loss on the field. It’s a wound that never heals. And I also can’t name anyone who has said that Art Modell made a sound, morally right decision.

Ohio has been given a second chance to make things right for one of its iconic professional sports teams but will they take it? Will Ohio Attorney General Mike DeWine understand what’s really at stake in this battle to #SaveTheCrew and that this issue extends far beyond Columbus, the beating heart and earned soccer capital of American soccer, to small market clubs everywhere?

Given all the lies, deception, sabotage and manipulation (ie – Crew SC’s “business metrics”) by Crew SC owner Anthony Precourt and his firm Precourt Sports Ventures, Crew SC President of Business Operations Andy Loughnane, and MLS Commissioner Don Garber, there is no gray zone in the situation regarding the Columbus Crew SC and its threatened move to Austin, TX. Zero. There is a good side and a bad side. Plain and simple.

This clear-cut distinction between #SaveTheCrew and Precourt and Co. completely strips away any benefit of the doubt for the latter. Scrutiny and possible punishment for Precourt and Co.’s deceitful and manipulative actions and motives could get its day in court. Still, another proud local community willing to do whatever it takes to keep its sports team through inspiring support and several legitimate offers to buy the team and/or build a new downtown stadium with land and funding options could be left out in the cold again.

Or, would the soccer gods (and a few legal mortals) combine to score a last-second victory to change the sports relocation debate forever?

If so, talk about a stern turn for the ages.