Tossing It Back for the Win

It seems fitting to apply this specific type of throwback (I see you Thursday) by promoting an event that incorporates a literal toss back in its lexicon. And this is where college football’s “Granddaddy of them all” comes into play.

On this day last week, The Ohio State Buckeyes (Big Ten champions) played the Washington Huskies (Pac-12 champions) in the 2019 Rose Bowl. I was fortunate to attend this grand, picturesque sporting event with my dad to cheer on the Buckeyes.

There is just something uniquely special about this game, the preceding parade and the beautiful and historic stadium set against the San Gabriel mountains. And that special quality extended to the game played on January 1, 2019.

The game was going great, then it was concerning…then finally awesome.

These are the three stages of an Urban Meyer-coached team.

P.S. When Ohio State lost to Florida 41-14 in the 2007 National Championship game, there was absolutely zero hesitation by members of the media to universally deem this defeat humiliating and embarrassing for the Buckeyes and the Big Ten by extension.

Guess what Alabama and SEC fans?

The same applies to you after getting dominated by Clemson 44-16 in the 2019 National Championship game. Last night’s game will go down as a humiliating and embarrassing loss for the Tide and the SEC by extension.

Have fun with that, Alabama. We all know you’re such good sports down there in the 44-16. 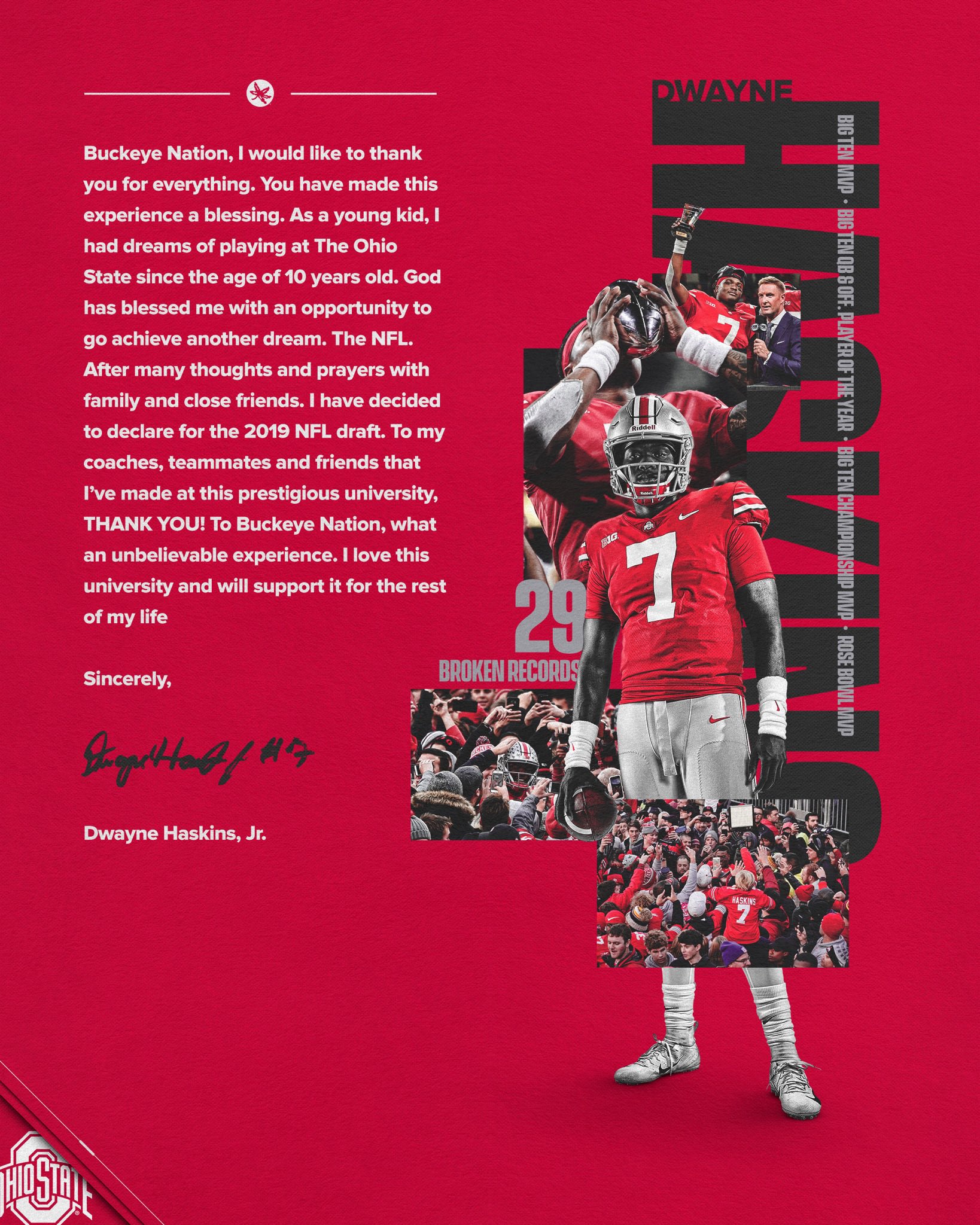 How great is the show ‘Westworld’?

Anyways: A poisonous chestnut and a horned frog meet in the Texas desert at a place called Jerry’s World…

Tomorrow night, the world of college football will zoom down into “Jerry’s World”/AT&T Stadium in Arlington, Texas to watch #4 Ohio State vs. #15 TCU. This primetime matchup will feature a Buckeye team without its head coach, Urban Meyer, on the sideline. However, its coaching staff is very capable of filling the void for this particular game, especially given the insane amount of talent who will be sporting scarlet & gray.

Former head football coach of The Ohio State Buckeyes from 1979-1987, the 87-year-old Earle Bruce, has died.

There’s so much to say about Mr. Bruce–on and off the gridiron–but at this reflective moment, there’s one memory that rises above the rest.

There are few greater honors as a Buckeye than to dot the “i” in Script Ohio in the Horseshoe back in 2016. And Mr. Bruce was provided that unforgettable opportunity.