Once the tears started…

Throughout the past decade, I spent countless hours walking, running, talking and just having fun with Ramsey, who was my oldest sister’s white Maltipoo that lived a towering 13.5 years and proved the “man’s best friend” adage true. His bouncy, boundless energy was infectious and having him jump up onto my lap and then petting him while he was calm as could be made me smile every time as did seeing him sprint to the door when he caught sight of people arriving.

That was Ramsey’s gift and he was so happy to give it to others. And Ramsey was a genuine hero and we made sure he knew and felt our gratitude for what he did in that specific instant.

Ramsey will be remembered as a happy dog that battled some tough health issues late in his life as best as he possibly could have. It was heartbreaking to see him struggle in these moments because there was little (if anything) we could do to help him. Above all, he was a comforting, joyful dog that showed affection and safeguarded the people he loved and those who loved him returned the favor.

Ramsey will be missed forever.

Peter Mayhew, the 7’3″ actor who played Chewbacca in the ‘Star Wars’ cinematic franchise, has died at the age of 74.

Harrison Ford, whose Han Solo character was bonded for life in the ‘Star Wars’ universe with Peter Mayhew’s Chewbacca character, wrote down his reaction to learning of his now late friend.

“Peter Mayhew was a kind and gentle man, possessed of great dignity and noble character. These aspects of his own personality, plus his wit and grace, he brought to Chewbacca. We were partners in film and friends in life for over 30 years and I loved him. He invested his soul in the character and brought great pleasure to the Star Wars audience. Chewbacca was an important part of the success of the films we made together. He knew how important the fans of the franchise were to its continued success and he was devoted to them. I and millions of others will never forget Peter and what he gave us all.  My thoughts are with his dear wife Angie and his children. Rest easy, my dear friend….”

An interesting tidbit of behind the scenes ‘Star Wars’ trivia reported by the Hollywood Reporter is that “Mayhew once said he got the part just by director George Lucas seeing him and being baffled by his 7-foot-2 stature.”

One of the best scenes between Harrison Ford and Peter Mayhew as their iconic characters occurred in their return appearance together, after many decades apart, in the 2015 global blockbuster ‘The Force Awakens.’

And one of the best characteristics of Chewie was his signature growl/voice.

English actor Albert Finney has died at the towering age of 82.

Albert Finney was an accomplished actor who was nominated for an Oscar five times during his long career. He was in ‘Scrooge,’ ‘Murder on the Orient Express’ from 1974, ‘Skyfall’ and, my personal favorite, the imaginative ‘Big Fish.’

At this point, we are all thinking the same thing. So instead of delaying the inevitable, here is that scene from ‘Big Fish’ that everyone who was a fan of Albert Finney is thinking of right now.

It’s the magic of life celebrated the way we see it. 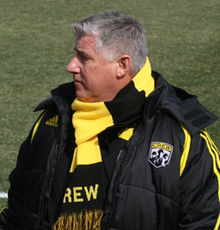