Wednesday is a wonderful day to wonder about what could have been. For instance, what if Nicolas Cage was cast as Superman?

Before you start laughing too loudly, this was, at one point in the late ’90s, a legitimate conversation. 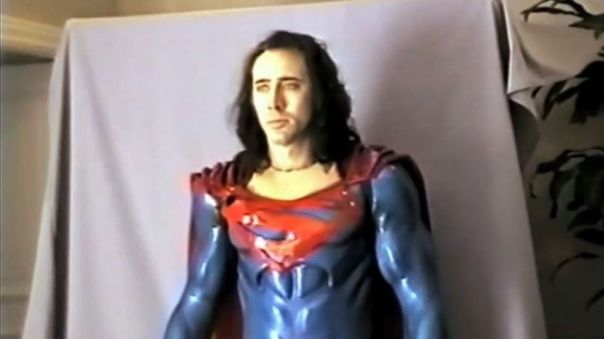 The rumored title of the movie was Superman Lives. Probably not the best title in the off-chance it wouldn’t get made (check) because of the obvious counter headline for reporters: Superman’s Dead.

C’mon screenwriters, that was too much of a lay-up.

However, thanks to creative video editing, YouTube user “Epic Wolf Films” has given fans a glimpse into what Nicolas Cage would look like as Superman in the Dawn of Justice.

As absurd as it is, Nicolas Cage is still 7 kinds of crazy awesomeness. He’s certainly not my pick to play Superman, the greatest superhero in history, but I’m pretty sure I wouldn’t not watch the movie in the trailer above…

The film could be titled Superman: A National Treasure.

It’s quite the declaration, but Superman is a character with a certain degree of independence.