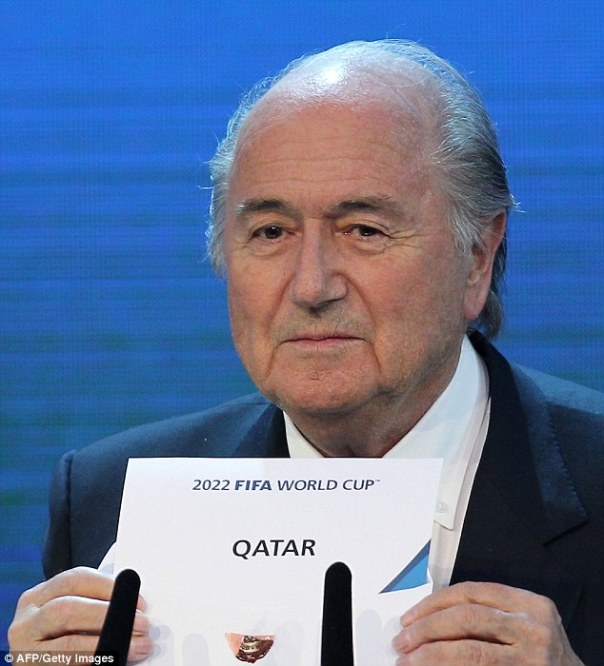 FIFA’s mountain of corruption, bribery and destruction towards the beautiful game for decades has been hit at the place many demanded, yet presumed was impossible to reach: the summit.

“Sepp Blatter, FIFA’s long-time president, announced on Tuesday that he will be resigning as soon as an extraordinary FIFA congress has elected a successor,” Leander Schaerlaeckens wrote (FC Yahoo).

The four-term president (who was elected to a fifth-term just days ago) signifies that the 14 arrests made late last week of FIFA officials and executives is truly the seismic shift the soccer world has been wanting amid relentless controversies and favoritism for more than 20 years that violated clear ethical grounds and the very integrity of the game itself. This is not a minor moment. It has shaken soccer’s foundation, for the better. While this news currently looks like a cloaked admission of guilt or impropriety in the very least by Blatter, it’s a massive declaration, nonetheless, that will prove to be a powerful pivot for soccer.

What was discovered about Blatter? Was this a strategy/agreement to prevent the disclosure of damaging evidence? How much pressure did soccer’s biggest advertisers apply to Blatter and FIFA? Will votes be recast for the 2018 World Cup? The 2022 World Cup?

These are important questions that need to be asked and answered. As of right now, the future is unclear. However, this rainy, overcast feeling is far superior to the smoke that was created by the multiple fires of corruption and bribery the soccer world has been living under for far too long with Blatter in charge. The chance for a bright sunrise on soccer fields around the world is finally here. As soccer is the world’s most popular game, the subsequent decisions made by FIFA will define this broken institution and be analyzed by fans of this sport for generations to come. This is a once-in-a-lifetime opportunity for genuine change for good.

The penalty kick has been given in the championship game and it’s tied in extra time. It’s golden goal.

Whose going to take it?