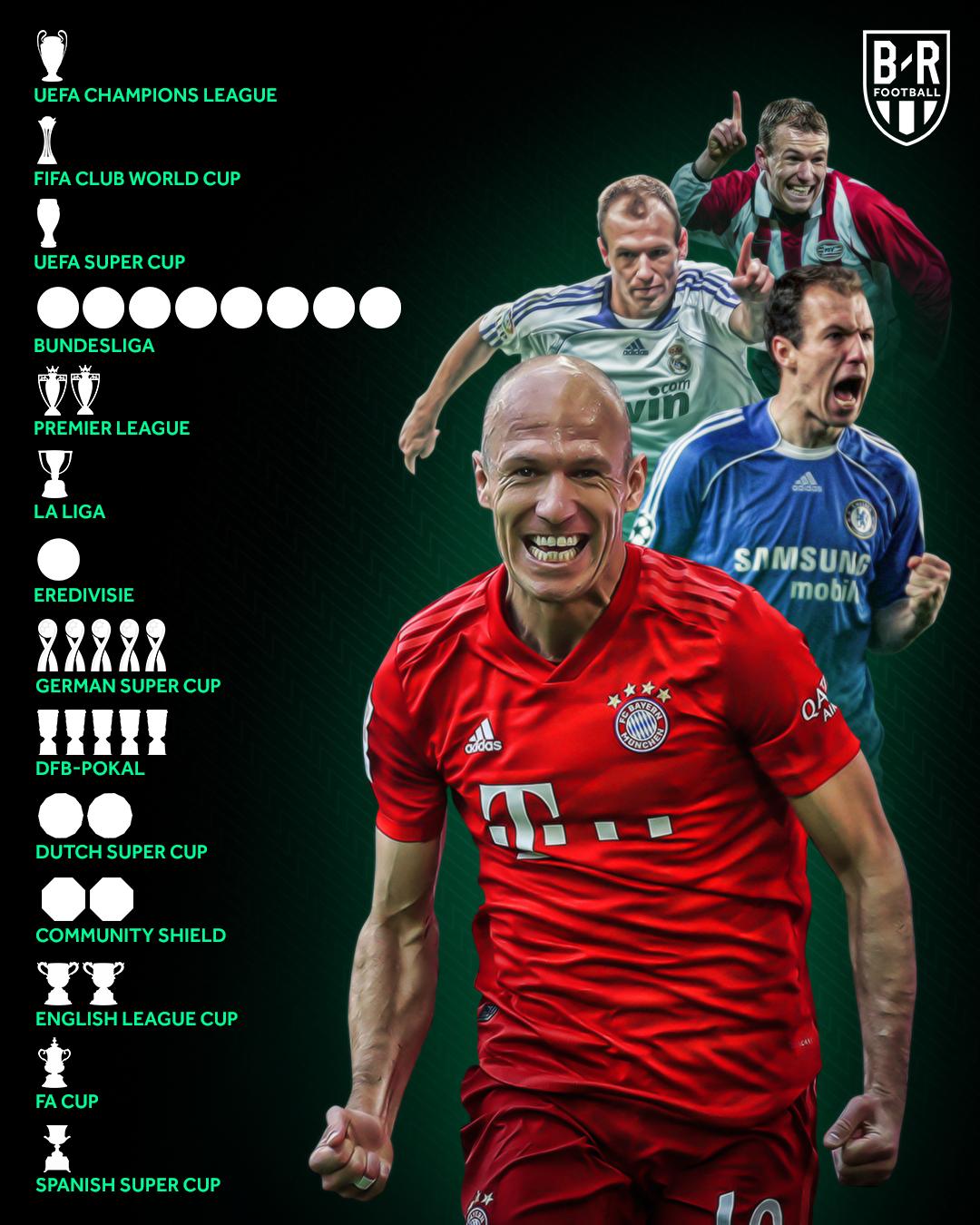 A Robbery Happening in Munich

So, this is what Arjen Robben and Franck Ribéry (Robbery) do for fun at the Bayern Munich training grounds now that they’re not playing for the club anymore…

While I’m at it, thank you Arjen Robben + Franck Ribéry for making the perfect soccer superhero at Bayern Munich for the past decade who went by the name Robbery and was faster than any defender(s) on the pitch, more powerful than any team’s motive to stop them and could lift the ball into the uppermost corner of the goal.

P.S. Bayern Munich is the coolest soccer club in the world. I think it’s pretty obvious why ladies and gentlemen.

The Flying Dutchman Is Departing From Munich

Arjen Robben, the 35-year-old Dutch soccer legend, played his final game for Bayern Munich this past Saturday in the DFB Cup (German Cup) that saw the Bundesliga champions deliver a dominating 3-nil win against RB Leipzig that led to Bayern Munich hoisting that golden trophy.

Ending a 10-year career in Bavaria, Robben showcased his skills throughout the past decade throughout Germany, as well as before then with teams in Spain, England, and Holland. Of course, there are just a few highlights out there of when he’d start on the right side of the pitch and then cut inside to his favorable left foot for either a rocket of a shot back post.

Quick Stat: Arjen Robben scored 99 goals in the Bundesliga and nearly earned his 100th on a couple of occasions in his final league match a week and a half ago.

I could go on and on and on…and on about the properly rated and interestingly underrated talent of Arjen Robben in the era of Lionel Messi and Cristiano Ronaldo. For starters, with help from “Robbery” partner in crime Franck Ribéry, Robben helped define Bayern Munich for the past decade.

Here’s “Robbery” in action against Manchester United in a 2010 Champions League match in Old Trafford.

And then there’s the 2012/2013 season in which Bayern Munich won the amazing treble (Bundesliga, German Cup, Champions League) with help from, guess who?

But now it’s time to say a Bavarian goodbye to Mr. Wembley (or The Flying Dutchman) as we wait for him to announce his future plans, which will either be retirement or one final tour of playing with a not-yet-determined club. I actually got to see Arjen Robben play in the Allianz Arena for a Champions League game against Atlético Madrid back in late 2016. Bayern Munich won 1-nil on a Robert Lewandowski goal in, let’s say, chilly weather. I believe the thermometer read 20-degrees.

Returning back to the Bavarian goodbye, Bayern Munich produced a fitting farewell with words of gratitude from the star winger.

Until next season, Arjen Robben?

It Was #GiveFansGoalsOnTuesday for Bayern Munich

but is a win enough?

The Niko Kovač-led Bayern Munich squad in 2018–we’ll wait and see who the club’s coach is in the spring and fall of 2019–has received understandable pressure from the press and fans alike after a subpar beginning to the 2018/2019 campaign. Sitting at 21 points after 12 matches, which is nine-points out of first-place to heated domestic rival Borussia Dortmund, the Bavarian giants have showcased uncharacteristic weakness and lack of comprehensive identity.

So what better time (and competition) than the Champions League match against the visiting Portuguese side Benfica to reassert its dominance for 90 minutes?

Ladies and gentlemen, when you score off a short corner–a kiss of death for scoring 99.99% of the time–then you know the game is going your way.

A brace (2 goals) for the ageless #10 Arjen Robben and relentless #9 Robert Lewandowski led the Bavarians to an emphatic 5-1 victory at the Allianz Arena. The Frenchman #7 Franck Ribéry added a laser of a goal in the 76′ for good measure.

Bayern Munich has proven that a win is, in fact, a win. However, is this one win enough to get Mr. Kovač off the hot seat?

Will the remainder of the 2018/2019 season be slowed down to analyzing this Bayern Munich squad, as managed by the enigmatic Niko Kovač, with a tirelessly critical eye on a game-by-game basis?

P.S. Regardless of what the Bayern Munich business leaders are saying to the press regarding their coach’s job security, accomplished manager Carlo Ancelotti can attest that it’s the Bayern Munich locker room that will ultimately decide their manager’s fate.